NOTICE: This story is intended for MATURE AUDIENCES ONLY

They found Deathwish stalking her.

Because, of course, he was.

Rowan and Aeron had tracked the Alpha to a rooftop overlooking a blind alley where three men and one woman argued.

“Threaten me all you like,” the woman was saying. “If I die tonight, a video will go live saying you did it, along with the release of my entire file on you.”

The man in charge chuckled, genuinely unbothered. “You novices are all the same. You think you know how the game works. But you don’t. Which is quite a shame in your case, since I take no pleasure in harming beautiful women.”

The man’s sidekicks both had guns — their hands ready and hearts picking up with anticipation as they awaited the signal to draw.

“You owe me a drink,” Rowan muttered to Aeron as they watched the scene unfold.

“Bullshit,” he replied, fanning Deathwish’s protective pheromones away from his nose. “I never took that bet. Where else would he be?”

“Well, you still owe me a drink,” xhe replied, not caring that the other Alpha could definitely hear them from the opposite rooftop.

In the alley below, the four bickering humans continued their failing negotiations — oblivious to those lurking in the shadows above them.

Ignoring them, Rowan focused on Deathwish.

“Time to go,” xhe whispered into the wind.

Deathwish’s reply came in the form of a middle finger.

That was strike one.

“I don’t know about you,” Aeron said, “but I’m impressed with this female’s ability to consistently tangle herself in this level of trouble.”

Rowan looked back toward the humans and nodded in agreement.

No lies, it was sexy. Rowan could totally see why Deathwish had a hardon for the human.

Dola Jackson was a spitfire independent journalist who reminded Rowan of a modern-day Lois Lane … if Lois Lane were Black and spent 12 hours a week training at an MMA gym in between breaking stories and triggering powerful enemies.

And Deathwish loved him some powerful enemies.

That was how he’d met Dola in the first place, but both Rowan and Aeron knew that wasn’t why the Alpha stayed close to her anymore.

Deathwish’s alibi was that Dola’s enemies were his enemies — that she was the lure and he was the trap. On paper, the two of them had no contact. Dola had never seen his face. He was nothing more than a dark shadow that devoured her enemies in her blindspot.

No harm. No foul. No cause for forced relocation.

That’s how Deathwish’s official file read, but anyone who’d observed him in action knew there was far more at play than the lone Alpha was admitting.

He was more than willing to kill for the human and — with two guns in play — there was no certainty that he wouldn’t do so that night.

“I’m not leaving until these fuckers are tucked-tailed and running,” Deathwish replied on the wind.

Rowan and Aeron shared a look.

Aeron arched a brow. “You’d rather fight him and leave her with them?”

Rowan glared his way then looked back at the scene below. “You’re writing the report.”

Aeron let out an annoyed sigh. “Walked into that one.”

Down on the ground level, things were escalating and guns were out.

“Gross,” Rowan said, as Deathwish jumped down from the adjacent roof and landed with impressive silence in the alley. “Three men against one woman? And they’re going with guns?”

“Humans are cowards,” Aeron said with a shrug. “Always have been, always will be. Want to give him a distraction to work with?”

There was no need. Deathwish could handle things, but … it might make things go faster. “Fine.”

Without another word, they both moved to the other end of the building — behind the three men — and lept to ground level with the silence of an owl in flight.

“Go ahead!” Dola was saying, chin high, as she faced down the men. “Shoot! Trust me, I’m way more dangerous to you dead than alive. And if that’s how I get you, I’m at peace with that.”

She meant it, Rowan noted with the slightest amount of admiration.

Dola’s heart rate was slightly elevated but steady. This clearly wasn’t her first time staring down a gun and she had the eyes of someone who had buried more than one friend and at least one lover.

But the loss had made her bold. And it was kind of hot … for a human.

The gunmen thought so, too. Their heart rates were spiking and their tiny dicks were begging for some side-action before any triggers were pulled.

And if there was one thing Rowan had no tolerance for, it was rape.

Xhe didn’t wait to see what happened next and stepped out of the shadows.

What are you doing? Aeron hissed in her mind.

Get ‘em, xhe replied, stepping into Dola’s line of sight.

The human’s eyes flared in alarm and her heart rate spiked for the first time since the altercation began. Dola wasn’t scared for herself, but she was terrified on behalf of Rowan.

The man in charge chuckled at Dola’s sudden focus behind his back. “Please. That’s not going to—“

“What’s going on?” Rowan said over him, voice clear and unbothered.

All three men spun around in reflex — guns whipping around to point xer way — and one of the gunmen was so shocked to see xer that he actually fired.

Behind them, there was a surprised yelp as Dola disappeared from the scene with impressive speed. None of the men noticed since they were in the middle of trying to figure out how anyone had appeared behind them.

Someone who now had a bullet hole in their chest.

Rowan looked down at the seeping wound, noting that the asshole had missed xer heart.

But the bullet hadn’t passed through and was positioned painfully against xer scapula. It would take surgery to get it out.

“You’re going to regret that,” xhe said just as Aeron blitzed in from the side and leveled the men to the ground in a single move.

A few grunts and four gunshots later, the alley was silent again and Aeron was at xer side.

Rowan shrugged, ignoring the way the bullet grated against xer bones as she did. “They pissed me off. Now go grab Deathwish and meet me at transport in three minutes.”

“Three minutes,” he confirmed before sprinting off.

One more stop and then they’d be on their way home and xhe could get this bullet out.

Just in time to wolf out and ring in the new year. 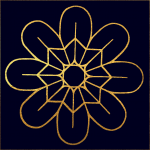