When I was growing up, an unadvertised button between the legs of a child’s toy that makes multiple gleeful noises when you press it would get a company boycotted and banned overnight.

So let’s talk about it.

Here are two screen grabs from a mother who posted a video about the feature that raised concerns after her daughter received a doll at her birthday party.

The mother posts a clip showing how the button between the legs is not advertised or disclosed on any of the packaging. She then demonstrates the sounds the doll makes when the button is pushed.

You can watch her clip here:

Doug Stanglin, Breaking News Editor of USA Today, was quick to post the other side of the story, stating that Hasbro & Dreamworks intended the button to make happy sounds when the doll is sat down, and that not all dolls have a button between their legs.

“This feature was designed to react when the doll was seated, but we recognize the placement of the sensor may be perceived as inappropriate. This was not intentional, and we are happy to provide consumers with a replacement Poppy doll of similar value through our Consumer Care team. We are in the process of removing the item for purchase.”

(In his fact-check article, Stanglin also links directly to the concerned mom’s personal Facebook profile when naming her as the original complainant, but he does not link to the video itself … a tactic I have opinions about, but let’s stay focused for now.)

My question: Does Hasbro’s response satisfy you?

I’m genuinely asking because our country is quickly moving into a place where the companies we support will forge our future environment to the point of being omnipresent, and I only see one side of the political spectrum voting with their money and their business: the Progressive Left.

In the 20th century, it was the exact opposite.

When I was growing up, it was the Conservative Right that staunchly voted with their money, and I think it was my generation’s (Gen X) response to be a little more chill and relaxed about supporting different values.

Gen X is the middle-child of generations — those raised by conservative Boomers who then turned around and decided not to be so value-strict with their own children, inadvertently becoming a bridge between the diverging values on either side of themselves.

In the 20th century, the conservatives were the power players who didn’t support anything that didn’t match their values. The conservative market was so strong that Coca-Cola built special Coke factories to make caffeine-free Coke in my city. Movie houses couldn’t survive if they showed something that went against community standards and you couldn’t get a job in customer service or an office if you had an unnatural hair color or a visible tattoo.

I was raised conservative and even I thought the values were enforced on a cultural level to an extreme level.

Now we’re on the flip side.

The progressives I know put their money where their values are on the same level that my parents did when I was a kid, but the conservatives I know are typically more focused on good deals and convenience. The company with the best deals wins, so to speak.

Life is crazy, there’s only so many battles worlth fighting, and convenience wins.

To this end, companies like Dreamworks put out shows kids want to see with marketing parents can’t ignore and so they are too big to fail and don’t need to worry about the “Karens” complaining about their product. The “Karens” can simply be doxxed and social media will take care of them. (Okay, maybe I can’t totally let go of what Doug Stanglin did in his article by linking people DIRECTLY to her personal information and place of employment. Tactics like that will always be relevant to me. But, again, I’ll address this tangent some other day.)

It so strange how quickly the world changes… when I was young, I looked around and saw a world built by conservatives. Now, several decades later, I look around and see the progressive vision growing in its place.

A college professor I had once said that it is the nature of progress to move from extreme to extreme before we find balance. I was raised in extreme conservatism and it made me a moderate. Now, the world is shifting strongly into progressive values, and I’m still a moderate wondering if the pendulum is reaching a limit of a progressive arc, or if it’s really just starting to swing.

Ten years ago, I doubt I would have known anyone who would defend this doll. Now I know many parents of young children who would not only defend it but intentionally buy it to signal how fine they are with it.

What do you think? Ten years from now, will dolls that make noises when they sit be a thing no one thinks about? Or will the push back be strong enough that no company will think about doing it again? 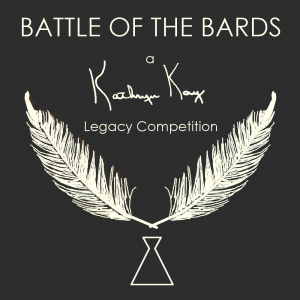