The 1% of Claire’s life she had control over was now officially 5.2 miles behind her. Gone was the environment that created the serene level of focus in her otherwise chaotic mind, and in its place was the freeway.

Three weeks ago, driving on the freeway would have been no big thing for Claire. The compulsion to catalog and map every car around her would have played in her mind like a TV in another room—noticeable, but ignorable. That had been before she made the choice to go off her medication. After two weeks of the medication clearing out of her system, Claire’s mind was on full blast.

Tonight, the need to identify every car she spotted weighed on Claire like an elephant on her chest. Each time she identified a car felt like a quick inhale before the invisible elephant plopped down on her need to identify the next car…and the next.

“Just drive,” she whispered to herself. “You don’t need to identify all the cars on the freeway. You just need to stay in your lane and drive responsibly until you get home.”

Claire closed her eyes and shook her head in an attempt to reset and refocus, but when she blinked her eyes open again, her mind went right back to cataloging cars.

She had known her obsessive-compulsive tendencies would be amplified when she went off her medication, but it had been so long since medication had become part of her life that she’d underestimated how intense the thoughts would be. But she’d had to choose between the side effects of medication and the side effects of not being on medication. In the end, there had been no choice. She’d needed to give up her pills, and she had to keep giving them up for at least the next four days.

When Professor Eastman got out of jail she could go back on her medication. She’d promised herself that. Until then, his life literally depended on her ability to stand in his shoes while still maintaining her own terms. And her terms could only be maintained if she let her brain obsess as only it could.

Side effects of turning down the volume on her OCD with medication included lapses in memory, trouble concentrating, and a constant sense of nausea that left Claire underweight for her already diminutive height. Off medication, Claire’s mind concentrated intently all the time, but not necessarily on the best things. Her eyes should have been tracking the white dashes of paint that marked her lane on the freeway, but they darted around the lanes instead, drawing invisible lines between cars, then through each of the car frames to pair the body shape with the headlight dimensions to determine the make, model, and wherever possible, exact year of each car.

It was moments like these when Claire realized just how naïve she’d been when she’d come up with her whole plan to save both herself and Professor Eastman. Three weeks ago it had seemed so possible. Now Claire questioned the plausibility of making it back to her apartment without driving off the road while taking a few cars with her.

“Focus,” she muttered to herself while massaging two fingers against her temple. “Getting home is all that matters.”

Saying the words out loud didn’t change what was happening in her brain, however. Mapping cars came first, followed by all the financial numbers Chairman Li had entered in their meeting. Her immediate safety came last.

Just then bright headlights appeared in her rearview mirror. She hadn’t seen the car come up behind her. It was suddenly just there. A 2012 Chevy Caprice …with flashing red, white, and blue lights on top.

A cop? The car behind her was a cop?

Claire glanced at her speed again, noting that it was holding steady at 63 mph. She wasn’t speeding and her car had passed inspections two months ago. She was fully legal, and despite her internally distracted state, she hadn’t been swerving out of her lane.

This is it, her conscience seemed to whisper. They know. They’ve found you. Don’t fight this.

At the same time, an equally vocal part of her brain was saying, 2012 Chevy Caprice. Don’t fall for it.

Claire understood where the first voice was coming from. Her own guilt. But the second voice confused her.

Don’t fall for what?

Claire held up a hand to block the intense brights the cop was blasting at her from behind. Think about what?

If an internal voice could roll its eyes, hers did. What does Highway Patrol drive?

Claire’s foot came off the brake as she switched her rearview mirror to night mode. The brights from the cop car still filled the interior of her car with blinding light, but Claire was now able to see the headlights outlined in the mirror, clear as day.

In 2014, NHP had switched over to using Dodge and Ford as patrol cars and the Chevy Caprice models had been retired and auctioned. So unless some department had a few old cars around, the vehicle behind her should not have lights on it.

You’re welcome, the snarky voice cooed in her mind.

Claire repeated Chairman Li’s account numbers three more times as she debated what to do next. Pulling over was the socially acceptable thing. In fact, it was quite mandatory.

What if it’s a killer?

It was always scary when her paranoia sounded totally rational.

He’s not a killer, she thought, taking a calming breath.

Right. He’s pulling you over in a fake cop car because he wants to sell you a vacuum.

It took conscious effort to dial her panic response back as logic lost the battle to paranoia.

“Verify, don’t speculate,” she coached herself, pulling a catch phrase from her many years of therapy. “Act, don’t react.”

Before she was consciously aware of what she was doing, Claire had activated her Bluetooth and was dialing 9-1-1. The call was picked up almost immediately.

“I hope it’s not an emergency,” Claire said as calmly as possible. “I’m driving southbound on I-15, and I have a 2012 Chevy Caprice with police lights on it that is tailgating me and trying to get me to pull over.”

“It sounds like you need to pull over, ma’am,” the operator said. “Immediately.”

“I’m happy to pull over,” she said just as the car behind her started blinking its brights. “But I’m a woman and I’m alone, and I’m kind of freaking out that the car behind me is the make and model of a police car that’s been retired for a few years now. Does NHP still use any Chevy Caprices?”

“Ma’am?” the operator said in confusion. “Are you saying that you believe the car pulling you over is not an actual police officer?”

A siren joined the lights behind her, insisting she pull over. “Unless you still have Caprices on patrol, yes, that’s what I’m saying. But if you can confirm that there were some that weren’t retired and auctioned and the car behind me is NHP, I’ll be happy to pull over.”

Her voice sounded calm, but her hands were sweating and her heart was racing. She recalled Chairman Li’s numbers to try to get back some semblance of control until the operator’s voice returned.

“Ma’am?” he said. “How certain are you that the car behind you is a Chevy Caprice?”

“Ma’am?” He was leaning forward—she could hear it in his voice as his tone hushed slightly.

“If what you say is correct, the car behind you is not being operated by a police officer. Where are you?”

“Excellent,” the operator said. “Now what I’m going to do now is have all the officers in that area check in and make sure none of them are currently pulling over a car. What is the make and model of your vehicle, ma’am?”

“Mercedes C 250,” she said, willing her heart to stay in her chest as the siren behind her shifted its call to become more insistent.

“Thank you. Now please hold while I contact officers in the area.”

“Breathe,” she told herself, squinting against the lights filling her car. “Think of the numbers and breathe.”

Turn on your phone’s video recorder. If he’s not a cop, you’ll want everything that’s about to happen recorded.

Claire pressed record and pulled her phone out of its holder just as the brights behind her began strobing. A voice came over a loudspeaker. “This is the police. Please pull over, immediately!”

Claire raised the phone up to try to get the other car’s license plate, but he was too close and the lights were too bright anyway. Then an odd thing happened. The cacophony of sirens went silent and all the lights disappeared entirely. In the glow of her taillights, Claire saw the darkened car slow dramatically before jerking right and zooming off the freeway on the next exit ramp.

“Operator?” she called out while doing her best to catch the dark car as it sped away.

Should she chase it?

You must be kidding!

“He just turned off all his lights and sped away,” she said. “I didn’t get a plate.”

“He’s no longer behind you?”

“No. Although I did get a few seconds of video.”

“I’m glad you’re safe, ma’am,” the operator replied. “There is an officer about a mile behind you. He should be pulling you over in about sixty seconds. Would you mind turning on your emergency lights so he can better identify you?”

“Sure, but what about the guy?” Claire protested. “He’s getting away.”

“We have an APB out on the car and several other officers in the area. They’ll look for the vehicle. I need you to speak to the officer that is coming to meet you. Answer his questions and get your video on his computer, if you can.”

“Will do,” Claire said. “Thank you for your help tonight.”

“Thank you for your sharp eye, ma’am. I’ll stay on the phone until the officer arrives.”

“Okay,” Claire said, and mentally rehearsed Chairman Li’s numbers until red and blue light strobed behind her once again. This time, she pulled over. 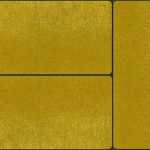